Ford is credited with resurrecting Gucci and making a success of Yves Saint Laurent.Ford has brought some of the most desired aspects of his men's collection to women's wear - women have requested a female version of his men's suit, so for this collection he created some tailored specifically for women.The new women's jackets are broad-shouldered with striking lapels and cut into a variety of materials. 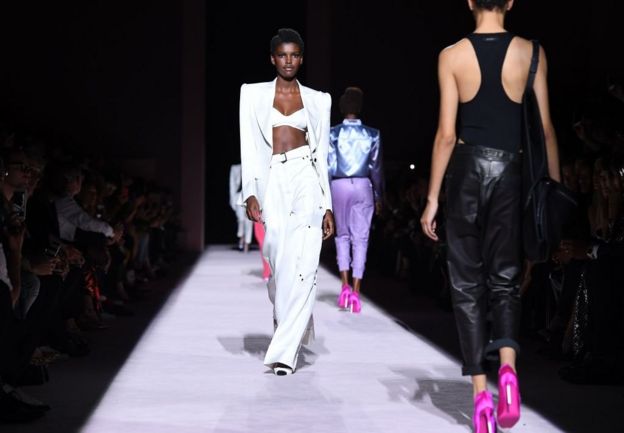 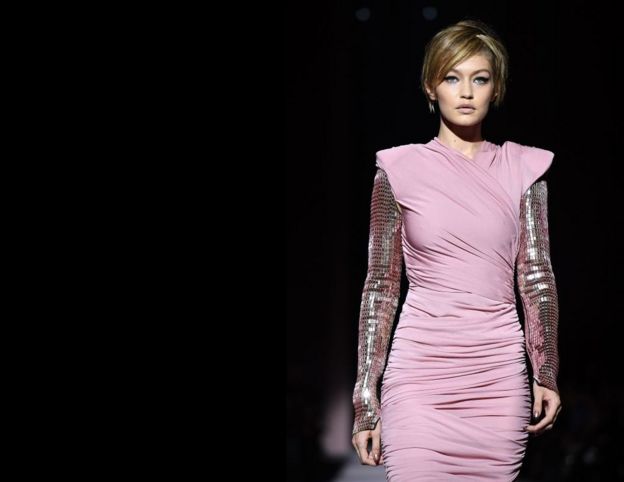 Rihanna's Fenty x Puma Spring 2018 show was one of the more amazing -- and dangerous -- shows of New York Fashion Week.

The show opened in the most epic way possible -- four high-flying motorcyclists somersaulting over the mountains, coming scarily close to the light rigs mounted on the ceiling. After the dramatic opening, the presentation began as a parade of RiRi's futuristic-yet-wearable athleisure pieces made its way down the runway.

Rihanna's show was filled with one surprise after another. The collection also introduced swimwear for the first time with curve-hugging monokinis and flattering bikinis, perfect for streetwear and pool parties. The neon hits, wet-looked gel prints, wetsuit pullers and rubber patch details throughout the collection are a nod to throwback surf and extreme water sport culture. Of course, the show ended with a bang. Rihanna appeared out of nowhere aboard a back of BMX bike to do a victory lap of the arena. She looked flawless wearing a khaki corset-sleeve top, lime green track pants and thigh-high leather boots. 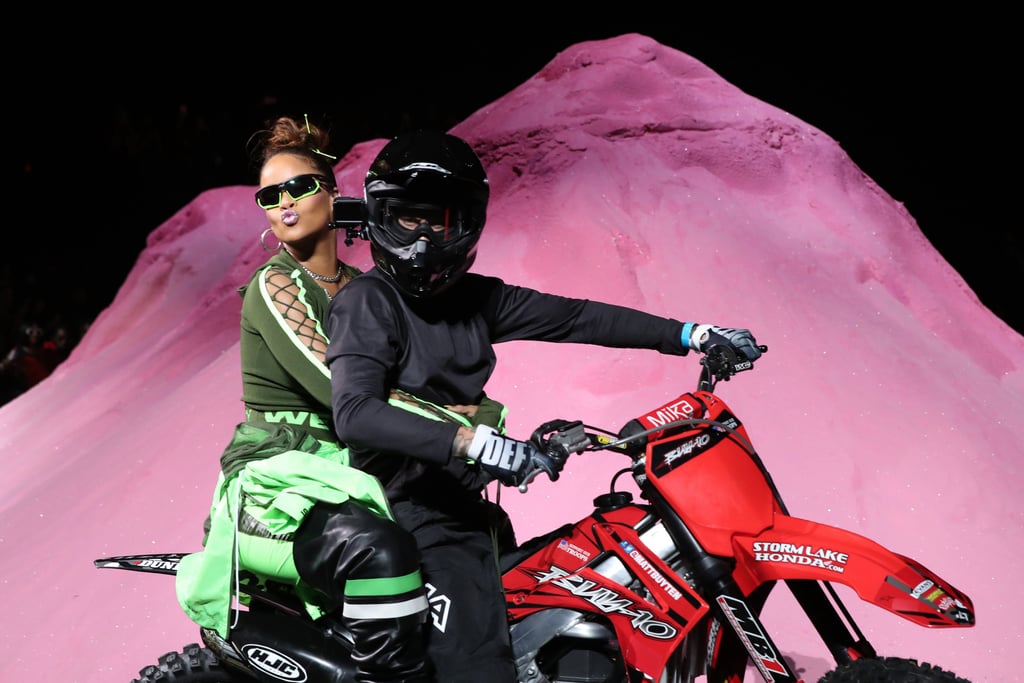